Witches Craig Caravan Park is located at the foot of the Ochil Hills, a ridge of hills which dominate the skyline for miles and form one side of the River Forth valley. The park is surrounded by fields, with Highland Cattle often wandering up to the perimeter frence. The Ochils are accessible from a gate at the rear of the park and there are many routes, some more challenging than others, to take you to the summits of the hills. The highest hill on the ridge that dominates the valley is called Dumyat (pronounced Dum-eye-att) at 418m high. However, the highest peak in the Ochils is Ben Cleuch at 721m. 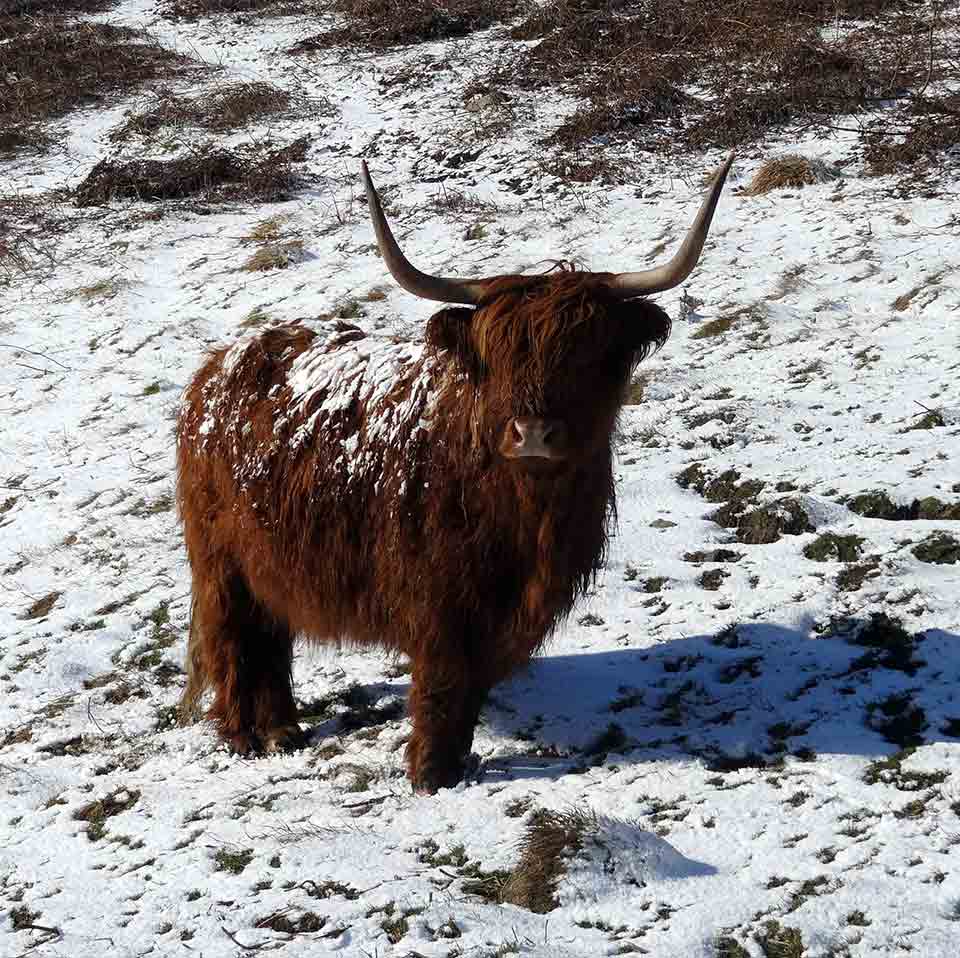 The gate onto the Ochils opens out on to an ancient road that ran along the hillfoots. If you turn left, you’ll quickly walk to the Logie Kirk, overlooked by the Carly Crag from which the park takes its name. A modern functioning church sits next to the ruins of a much older building. Walk beyond Logie and you’ll walk up behind the Abbey Craig to the National Wallace Monument and the University of Stirling. The University is built on a campus with many excellent woodland walks and a loch at the centre teeming with wildlife and birds. Continue on and you can walk into Stirling, Bridge of Allan or to the charming little village of Cambuskenneth. 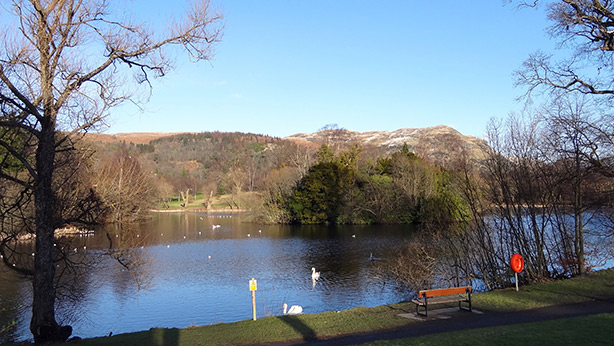 Turn right out of the gate and you’ll quickly find yourself in the hamlet of Blairlogie. One of Scotland’s earliest conservation villages, Blairlogie is filled with 17th to 19th century buildings. Half a mile beyond Blairlogie is Menstrie, a small village with grocery stores, pubs and takeaways.

Finally, one of the most popular destinations on foot from the park is to the nearby Blairmains Farm Shop and Coffee Bothy.